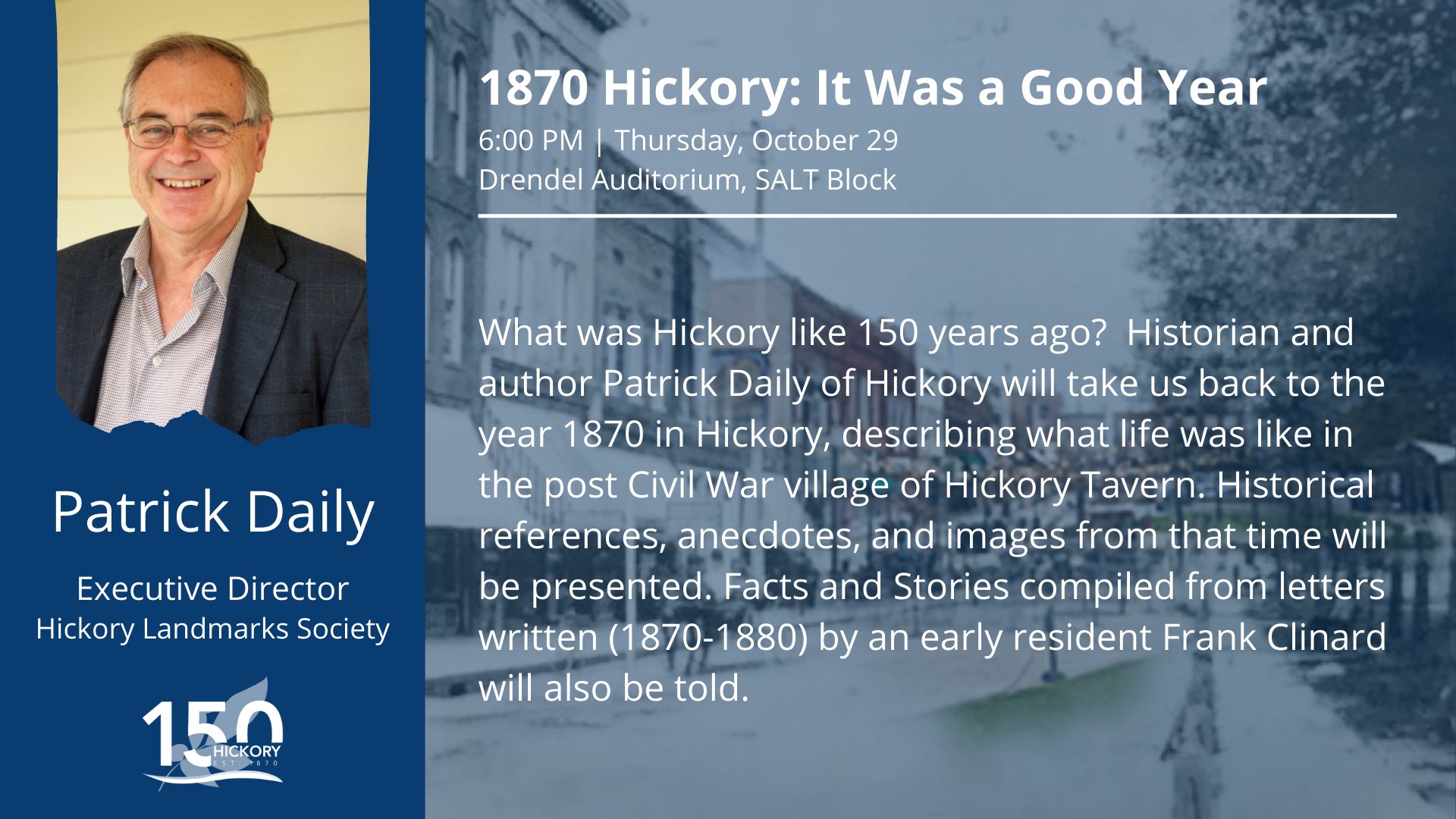 1870 Hickory: It Was a Good Year | Thursday, October 29 | 6 p.m. | Drendel Auditorium
What was Hickory like 150 years ago? This lecture will revisit the year 1870 in Hickory and describe what life was like in the post-Civil War village of Hickory Tavern. Historical references, anecdotes, and images from the time will be presented. Facts and stories compiled from letters written between 1870 and 1880 by early resident Frank Clinard will provide further insight into this pivotal time in Hickory history.

All lectures are free and open to the public. The Drendel Auditorium is located on the SALT Block at 243 Third Avenue NE in Hickory. In the interest of public safety and per SALT Block protocols, masks are required for all event attendees. Anyone not wearing a mask will not be permitted to enter.

The events will also be live streamed on the Hickory Landmarks Society’s website, http://hickorylandmarks.org, and Facebook page, https://www.facebook.com/Hickory-Landmarks-Society-Inc-111587048881745/.

Daily is an accomplished author and has served on numerous historical, preservation, and museum organization boards and committees. As Executive Director of the Hickory Landmarks Society, a non-profit historic preservation organization, he manages five historic landmark properties, three of which are historic house museums, and has helped to develop the largest collection of Hickory’s material culture and historical records to be found.