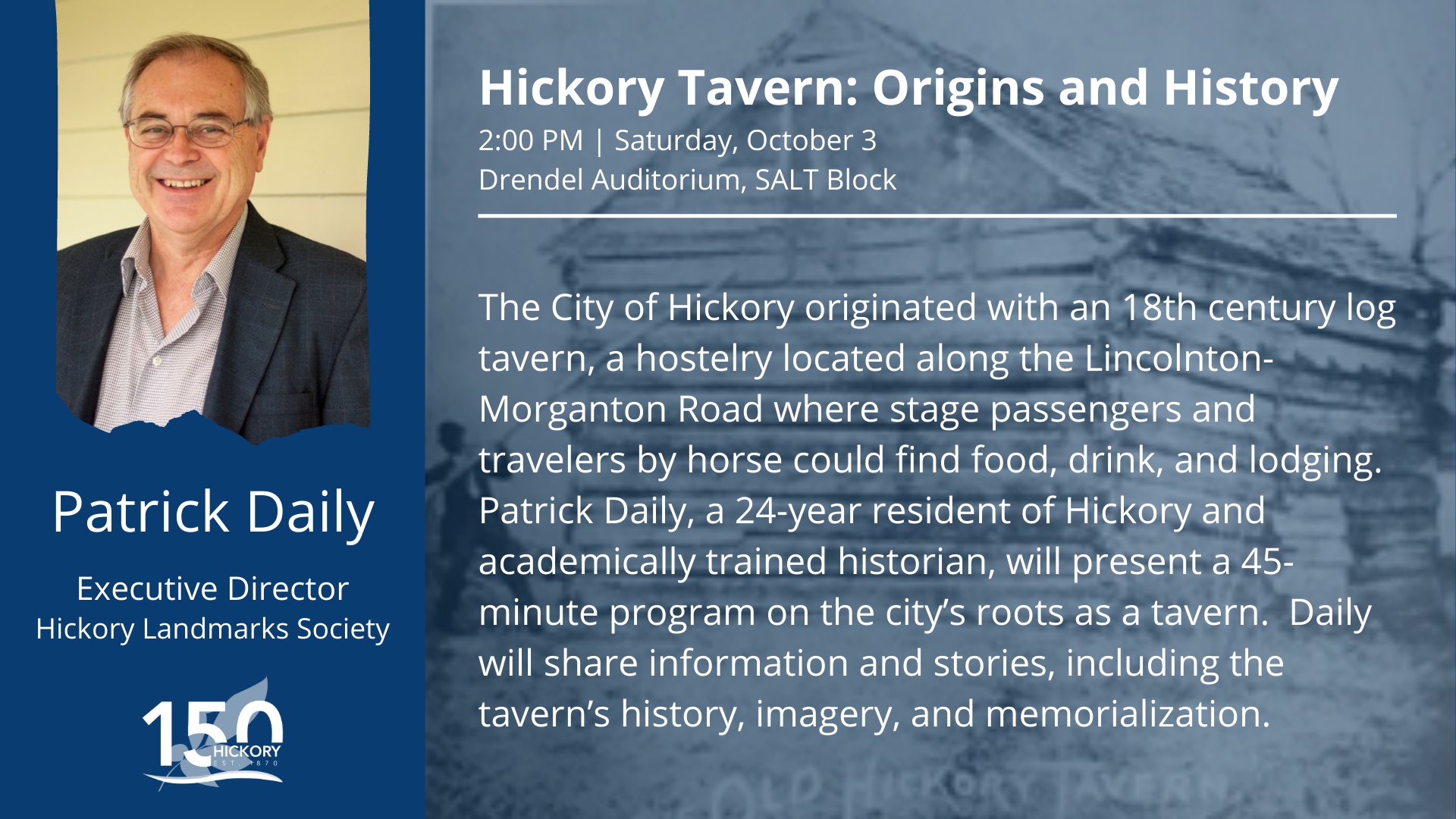 Hickory Tavern: Origins and History  | Saturday, October 3 | 2 p.m. | Drendel Auditorium
The City of Hickory originated with an 18th century log tavern, a hostelry located along the Lincolnton-Morganton Road where stage passengers and travelers by horse could find food, drink, and lodging. This lecture will discuss the city’s early roots as a tavern.

All lectures are free and open to the public. The Drendel Auditorium is located on the SALT Block at 243 Third Avenue NE in Hickory. In the interest of public safety and per SALT Block protocols, masks are required for all event attendees. Anyone not wearing a mask will not be permitted to enter.

The events will also be live streamed on the Hickory Landmarks Society’s website, http://hickorylandmarks.org, and Facebook page, https://www.facebook.com/Hickory-Landmarks-Society-Inc-111587048881745/.

Daily is an accomplished author and has served on numerous historical, preservation, and museum organization boards and committees. As Executive Director of the Hickory Landmarks Society, a non-profit historic preservation organization, he manages five historic landmark properties, three of which are historic house museums, and has helped to develop the largest collection of Hickory’s material culture and historical records to be found.