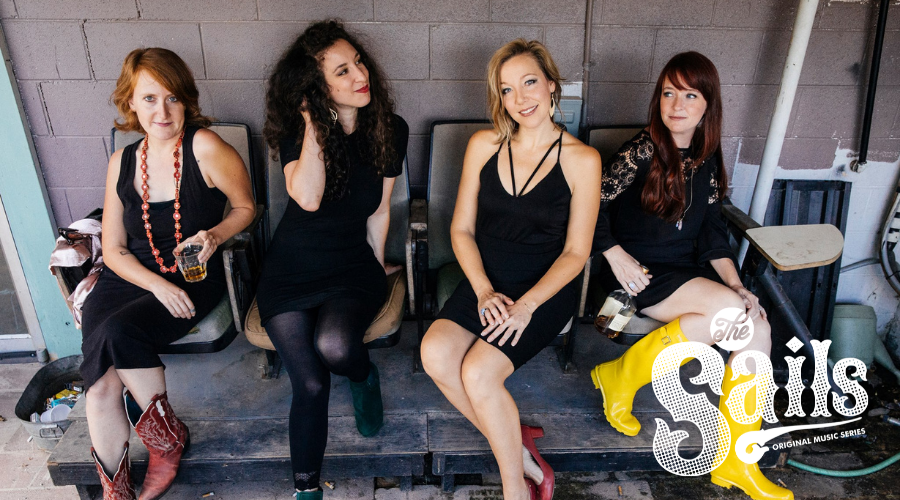 Due to unforeseen circumstances, The Get Right Band will not be performing for the Sails Original Music Series this Friday, May 13. However, the free concert will still take place featuring Cowboy Judy. The show will start at 7 p.m. on Union Square in Downtown Hickory.

Formerly known as Sweet Claudette, Cowboy Judy is a female-fronted supergroup made up of Amanda Anne Platt, Amber Sankaran, Dulci Ellenberger, and Melissa Hyman. Calling Asheville, N.C. home, the band formed in 2009 after playing together in a women's songwriting showcase. This "Country-Motown" group features fluid harmonies, superb songwriting, and charisma to spare.

In addition to the seating available at Union Square, audience members are encouraged to bring their own lawn chairs or blankets. A variety of close-by bars and restaurants offer food and beverages.

The new Hickory Downtown Social District allows patrons of downtown ABC permitted establishments to drink an alcoholic beverage on sidewalks, Union Square, and other public areas within the designated boundaries of the social district. For more information about the Hickory Downtown Social District, special restrictions, and a detailed map of the coverage area, visit https://www.hickorync.gov/downtown-social-district.

In the event of rain, the concert could potentially be moved indoors. Stay tuned to the Sails Original Music Series Facebook page, www.facebook.com/SailsMusic, for any updates.