Deputy Chief Reed Baer to be promoted to Chief of Police on February 1, 2023 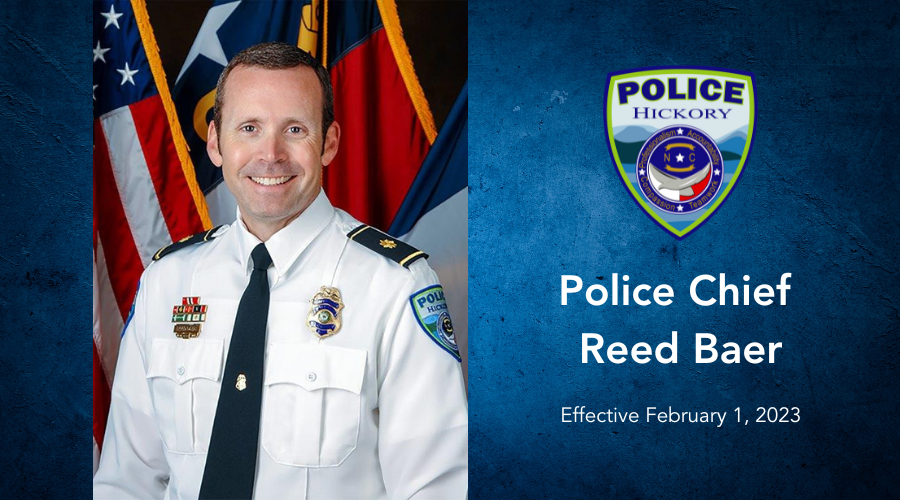 Deputy Chief Reed Baer to be promoted to Chief of Police on February 1, 2023

“Reed began his career with HPD as a patrol officer,” explained Wood. “He has worked his way through multiple positions, including Special Investigations Sergeant, Patrol Sergeant, Support Services Lieutenant, Support Services Commander, Criminal Investigations Commander, and most recently as Deputy Chief of Police. Not only do his years of experience within HPD uniquely qualify him for Chief of Police, but he has also established respect and credibility with his fellow officers, attesting to his leadership ability.”

Baer is a graduate of East Carolina University where he earned a Bachelor of Science in Sociology/Criminology. He is also a graduate of the FBI National Academy in Quantico, Virginia, and holds numerous certificates and licenses, such as an Advanced Law Enforcement Certificate through the North Carolina Criminal Justice Education and Training Standards Commission. Baer has also completed hundreds of hours of job-related training during his tenure with HPD.

“Reed understands the policing model we have followed successfully for many years. He has the respect of his fellow officers, and I am confident this will be a seamless transition,” said Mayor Hank Guess.

“We’ve been blessed to have extraordinarily professional police staff over the years, as evidenced by the number of officers who have gone on to be police chiefs in other communities, and I am delighted that we have been able to promote from within,” added Wood. “At a time when we are encouraging young people to stay or return to Hickory to accomplish their professional goals, I am pleased that Reed is a Hickory native.”

Of his new promotion, Baer expressed, “I am truly fortunate to have the opportunity to continue my service in the role of Police Chief where I learned how to be a police officer, and worked alongside and learned from the very best men and women in policing. It is also a very special feeling to be able to do this where I grew up and chose to raise my family. I am proud to be a product of the Hickory Police Department and this community.”

Wood went on to say, “I fully expect that Reed will transition smoothly into his new role. He is both well known and highly regarded in the community and will further HPD’s tradition of excellence in community policing.”

Baer’s promotion to Chief of Police will become effective February 1, 2023.