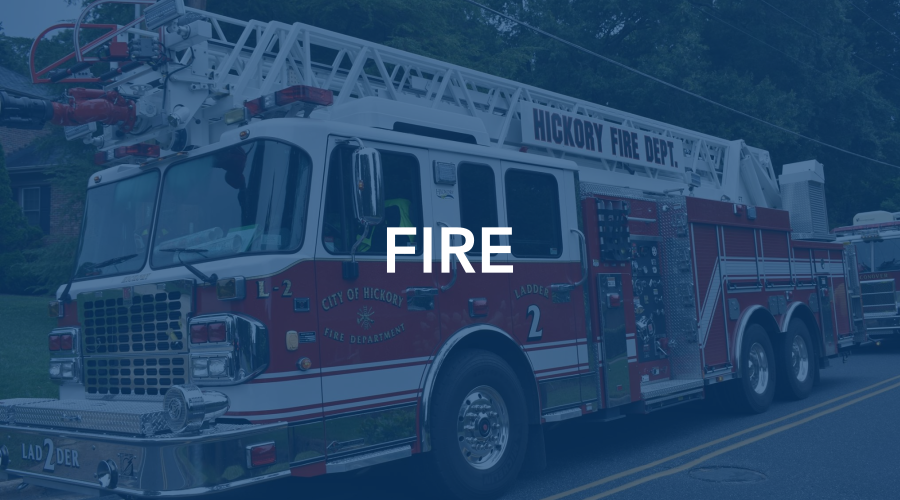 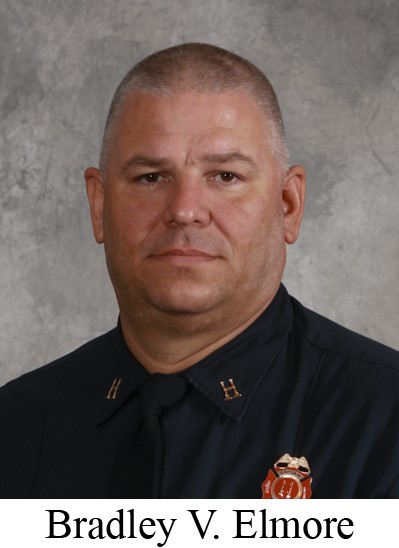 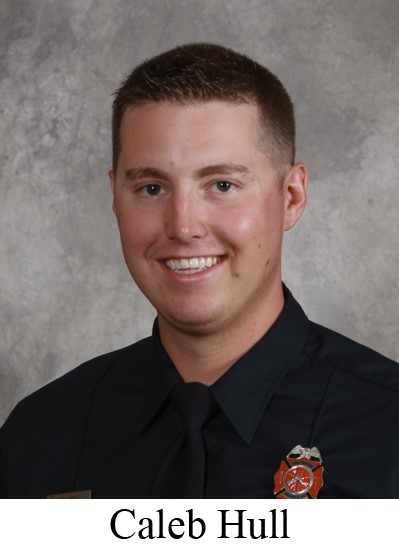 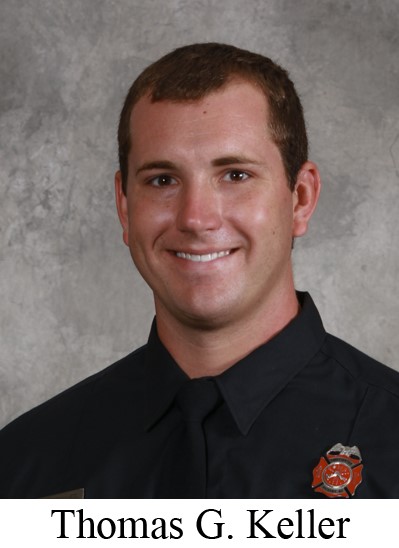 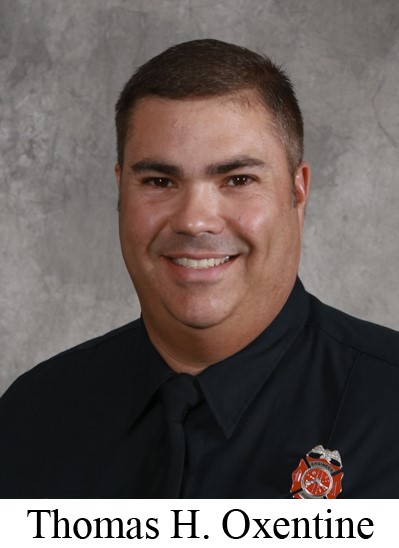 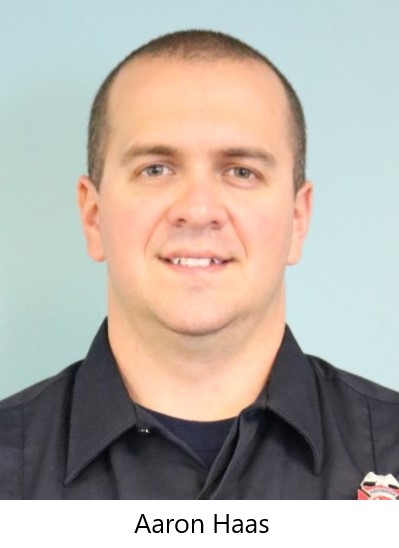 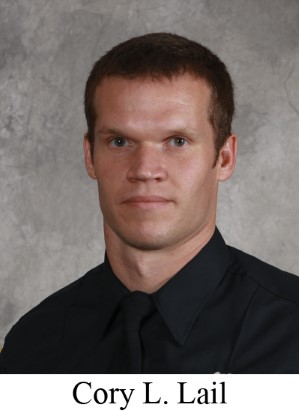 The following firefighters have been promoted.

Bradley Elmore (Battalion Chief)
Bradley Elmore has been promoted to Battalion Chief.   His interest in firefighting began in 1991 when he served as a volunteer firefighter with the City Brevard Fire Department, where he has been a member for 31 years and serves as Deputy Chief.  Elmore joined Hickory Fire Department on October 16, 1995 and worked to become a Senior Firefighter in 1998 and was promoted to Captain in 2009. Elmore is a certified as a Firefighter, Rescue Technician, Level II Fire Service Instructor, Rapid Intervention Instructor, and a Live Burn instructor though the North Carolina Fire & Rescue Commission.   He is a level I Fire Inspector certified by the North Carolina Code Officials Board and an EMT (Emergency Medical Technician).  He is also certified in Hazardous Materials Operations level and has completed courses through the National Fire Academy in Incident Command and Managing Tactical Company Operations.  Elmore has also completed Fire Officer training levels 1, 2, and 3.  He is married to Carrie and they have two boys, Justin and Nolan.

Caleb Hull (Captain)
Caleb Hull is being promoted to Captain.  Hull was hired as a firefighter on June 1, 2012 and was promoted to Fire Apparatus Operator November 2019.  He is certified as an Emergency Medical Technician (EMT) through the North Carolina Office of Emergency Services and a Level II firefighter through the North Carolina Fire and Rescue Commission.  He has completed training in many areas including Hazardous Materials certification awareness and operations levels, STICO (Strategy and Tactics for Initial Company Operations), and is certified in Technician Rescue Confined Space and Water Rescue.  Hull has been trained in the areas of Driver Operator and Pumps, Rapid Intervention Team, Emergency Vehicle Driving courses, and Incident Command courses.  Hull is also a certified Fire Instructor and Fire Officer II.  In 2010 he attended the North Carolina Breathing Equipment School.  Hull is currently enrolled in the Fire Protection Technology Program through Cleveland Community College and he serves as Training Captain with Propst Crossroads Volunteer Fire Department.  He is married to Sarah and they have a 2 year old son, Gentry!

Gavin Keller (Captain)
Gavin Keller is being promoted to Captain with the Hickory Fire Department.  Keller has been a member of the department since March 2014.  He holds certifications through the NC Fire & Rescue Commission as a Level 2 Firefighter, Fire Officer 1 and 2, Hazardous Materials Operations, Driver-Operator, Level 1 Fire Instructor, and Technical Rescuer with specialties in Vehicle-Machinery Rescue, Rope Rescue, Structural Collapse Rescue, Trench Rescue, Confined Space Rescue, and Swift Water Rescue.  He is also certified as an EMT and as an LP Gas firefighter.  Keller had completed the FUNSAR (Fundamentals of Search and Rescue) class and Rapid Search & Intervention training.  He also completed the Advanced Fire Tactics program and Thermal Imaging Tactics class.   For eleven years, Keller has served as a volunteer firefighter with Kings Creek Fire Department, where he currently serves as Training Captain.  He is married to Mallory and they have a son, named Briggs.

Thomas Oxentine (Captain)
Thomas Oxentine has been promoted to Fire Captain.  Oxentine was hired as a firefighter with the Hickory Fire Department on February 1, 2007. During his time at Hickory, Oxentine has served at the ranks of Senior Firefighter and Fire Apparatus Operator.  Prior to employment with the department, Oxentine served as a Firefighter/Engineer with the Valdese Fire Department, where he has continued to serve for 28 years.  He holds certifications through the North Carolina Fire and Rescue Commission as a Level II Firefighter, Driver/Operator (Pumps & Aerials), Rapid Intervention, Technical Rescuer, Water Rescue and Fire & Life Safety Educator (Level I).  In 2008 he became certified as a Level II Fire Instructor and holds his qualification as a Live Fire Instructor. Oxentine is qualified through the NC Code Council as a Level III Fire Inspector.  He is certified as an Advanced EMT (Emergency Medical Technician) through the North Carolina Office of Emergency Services.  He has completed training through the National Fire Academy in many areas including leadership, strategies and tactics and several incident command courses.  Oxentine is a graduate of Western Piedmont Community College where he achieved his Associate’s Degree in 1996.  He has been married for 23 years to his wife, Haley and they have two daughters, Emma Grace and Ella Beth.

Aaron Haas (Fire Apparatus Operator)
Aaron Haas has been promoted to Fire Apparatus Operator.  Haas was hired in January 2020 and had previously served for six years as a member of Lenoir Fire Department, where he served as an Engineer.  He is certified as an EMT (Emergency Medical Technician) through the North Carolina Office of Emergency Services and a Level II firefighter, Driver Operator, and has completed Fire Officer 1and 2 classes through the North Carolina Fire and Rescue Commission.  He has completed training in many areas including Hazardous Materials certification in both levels Awareness and Operations.  Haas has also completed training as a Fire Service Instructor and as a Technical Rescuer.

Cory Lail (Fire Apparatus Operator)
Firefighter Cory Lail was hired in October 2009 as a firefighter. He is a graduate of the Wilson Community College Fire Academy program and is certified as a level II firefighter, a Technical Rescuer, in Hazardous Materials at the Operations level through the North Carolina Fire & Rescue Commission.  In 2008, he was certified as an EMT (Emergency Medical Technician) through the North Carolina Office of Emergency Services.  He has recently completed Fire Service instructor level 2 certification.  Among numerous training classes, Lail is working to complete an Associations degree in Fire Protection Technology through Catawba Valley Community College. He lives in Catawba County with his wife, Lindsey and daughters, Brooklyn, Carter, and Oakleigh.