On March 9, Hickory City Council and the Burke County Board of Commissioners approved a memorandum of understanding for a partnership to construct a new 12,000-square-foot airplane hangar at the Hickory Regional Airport in Burke County.

Per the memorandum, the City will design and construct the hangar at an estimated cost of approximately $1.2 million. The hangar is anticipated to accommodate three to four large aircraft. The City intends for the new hanger to be used solely for aircraft with tax values in excess of $1 million.

As long as property tax revenues generated by the project exceed the baseline, these annual payments will continue until the County has reimbursed the City for 50 percent of the hangar’s design and construction costs.

“The Hickory Regional Airport is an incredible asset for Hickory and Burke County. This new hangar will provide the space we need to better meet growing demand,” said Hickory City Manager Warren Wood.

“Significant economic development opportunities exist both within and around the airport property. This partnership with Burke County further enhances the airport’s ability to attract tax base and generate revenue.”

Burke County Manager Bryan Steen added, “We are excited to partner with the City of Hickory in its pursuit of economic development surrounding the airport. This investment will benefit both local governments and our communities.” 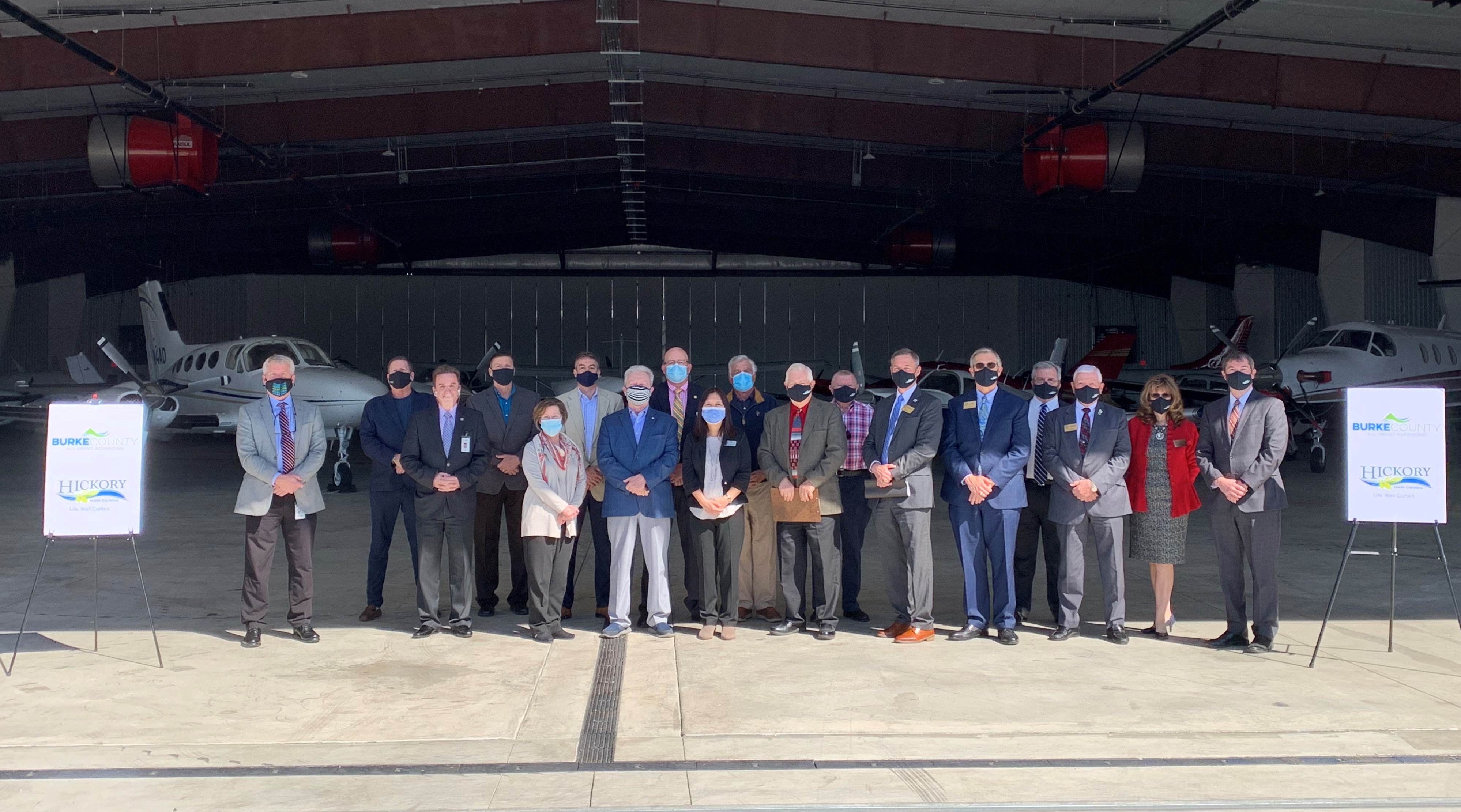 City of Hickory and Burke County leaders gather for a quick photo in an existing hangar at Hickory Regional Airport.