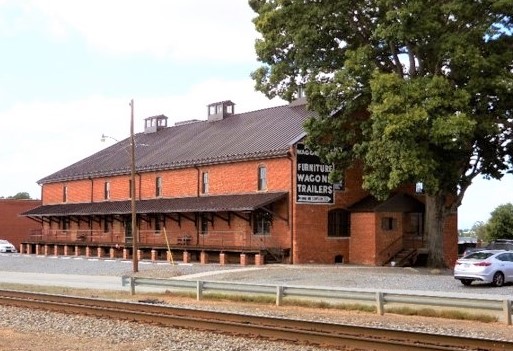 For information about the West Hickory/Westmont Neighborhood Plan survey, please see below.

The West Hickory/Westmont Neighborhood is an ever-evolving neighborhood that is home to many business owners, property owners, and residents.

Located in the northwest and southwest quadrants of the City, West Hickory/Westmont Neighborhood is comprised of seven pockets of residential, intermingled with intense commercial and industrial activity. Major thoroughfares traversing the area and a railroad line running through the middle make it difficult to think of this area in terms of a traditional neighborhood. The cohesiveness of the neighborhood is compromised by these factors.

The residential areas are comprised of single-family residences, multi-family complexes and mobile homes bounded on all sides by industrial and/or commercial properties and major roads. The area is majorly commercial and industrial (46%), with a fair amount of residential homes (38%).

Two major thoroughfares, U.S. 321 and U.S. 70 SW, bisect the neighborhood and provide easy access for many residents and businesses. Historically, West Hickory/Westmont Neighborhood has been home to several well-known and prosperous industries. The oldest remaining brick industrial building in the City is the former Piedmont Wagon building (now Cornerstone United) on Main Avenue NW. Older industrial buildings tend to be concentrated along the railroad and most have changed in terms of use over the years. Today, Century Furniture and Institution Food House, Inc. (IFH) are major landholders in the area who take advantage of convenient access to U.S. 321 to move their products.

Another benefit for West Hickory/Westmont residents is living in close proximity to Grandview Middle School, one of two middle schools in the Hickory Public Schools system, and Longview Elementary School, which educates about 87% of the elementary school students in the area.

The West Hickory/Westmont Neighborhood Association was one of the first neighborhood groups established and was official recognized by City Council in 1997.  This group meets on the second Thursday of the month at 6 p.m. at Bethany Lutheran Church. Review the city calendar for specific meeting dates.

The neighborhood is known for its annual Poor Man's Supper that is held in October.  This is the group's main fundraiser and money raised has contributed to public art and restorations of Houck's Chapel, located off U.S. 321, behind Corning Cable Systems.

The West Hickory/Westmont Neighborhood Plan was completed in 2000. To review it, click here.

A survey about the plan and the neighborhood's conditions was mailed out to local property owners and residents in July 2020. Surveys were collected over the course of July and August 2020. These responses will be used to help craft the plan's goals and objectives. A presentation was made to the neighborhood leadership and city staff in August 13, 2020, which can be viewed here.

Meetings to discuss the plan will occur over the coming months and will be publicized to the neighborhood. If you have questions regarding the neighborhood planning process, please contact the Planning Division at (828) 323-7422 or via email at planning@hickorync.gov.