As the Central Business District, Downtown Hickory is filled with a variety of unique retail shops, restaurants, corporate headquarters, professional offices, and entertainment venues, all in a park-like setting in the heart of Hickory.

In November 2018, City Council unanimously approved the plans recommended by the Bond Implementation Commission for renovating Union Square and enhancing the streetscapes in downtown to better coordinate with City Walk plans. The plans increase “dwell time” in downtown by creating spaces where visitors can comfortably enjoy solitary or group activities.  Keeping with the recommendations from the City Walk Subcommittee and downtown stakeholders, the designs maintain the historic feel of the Square.  They also modernize aesthetics and enhance the space with a distinguished promenade along Union Square storefronts, a central pathway bisecting two large lawn areas, and additional seating areas called garden rooms or parklets. The design includes new public restrooms and a multi-purpose shade structure on the east side of the Square.  The primary stage for performances under The Sails on the Square remains intact.

The Union Square plans also include elevating the cannon on a multi-tiered structure, nicknamed Cannon Hill, which will serve as an interactive feature, as well as offer additional seating and a unique vantage point of the square.  Additional elements of the plans entail increasing lighting and security, adding atmospheric music, and offering complimentary Wi-Fi for downtown visitors.

On May 19, 2020, the City accepted a $275,000 product donation from Hickory-based CommScope for the Union Square Wi-Fi project.  In honor of the sizable donation and its impact to the community, the newly added multipurpose shade structure on Union Square will be named “The CommScope Stage.”  The new Wi-Fi service is expected to be operational summer 2020.  Learn more. 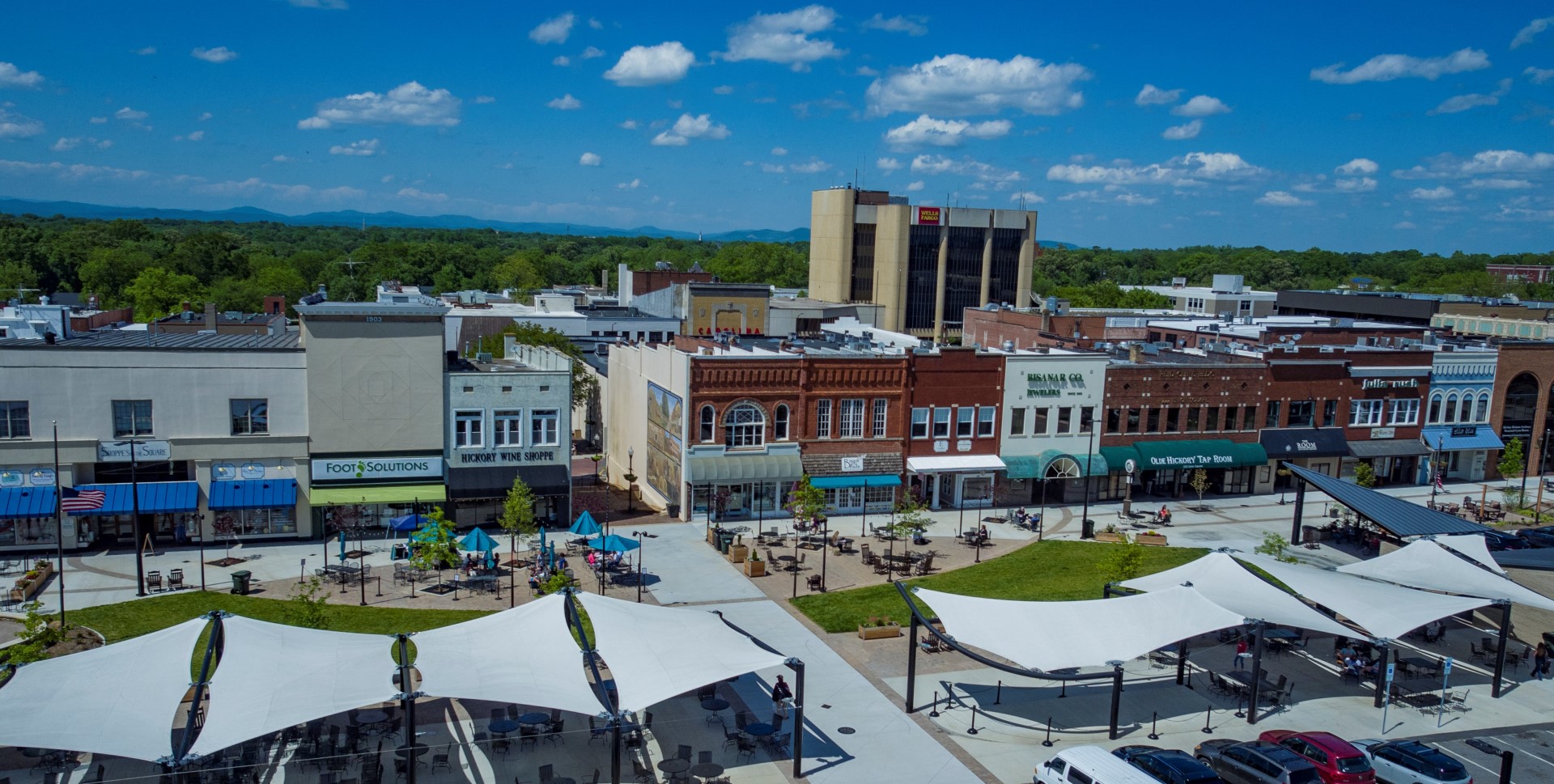 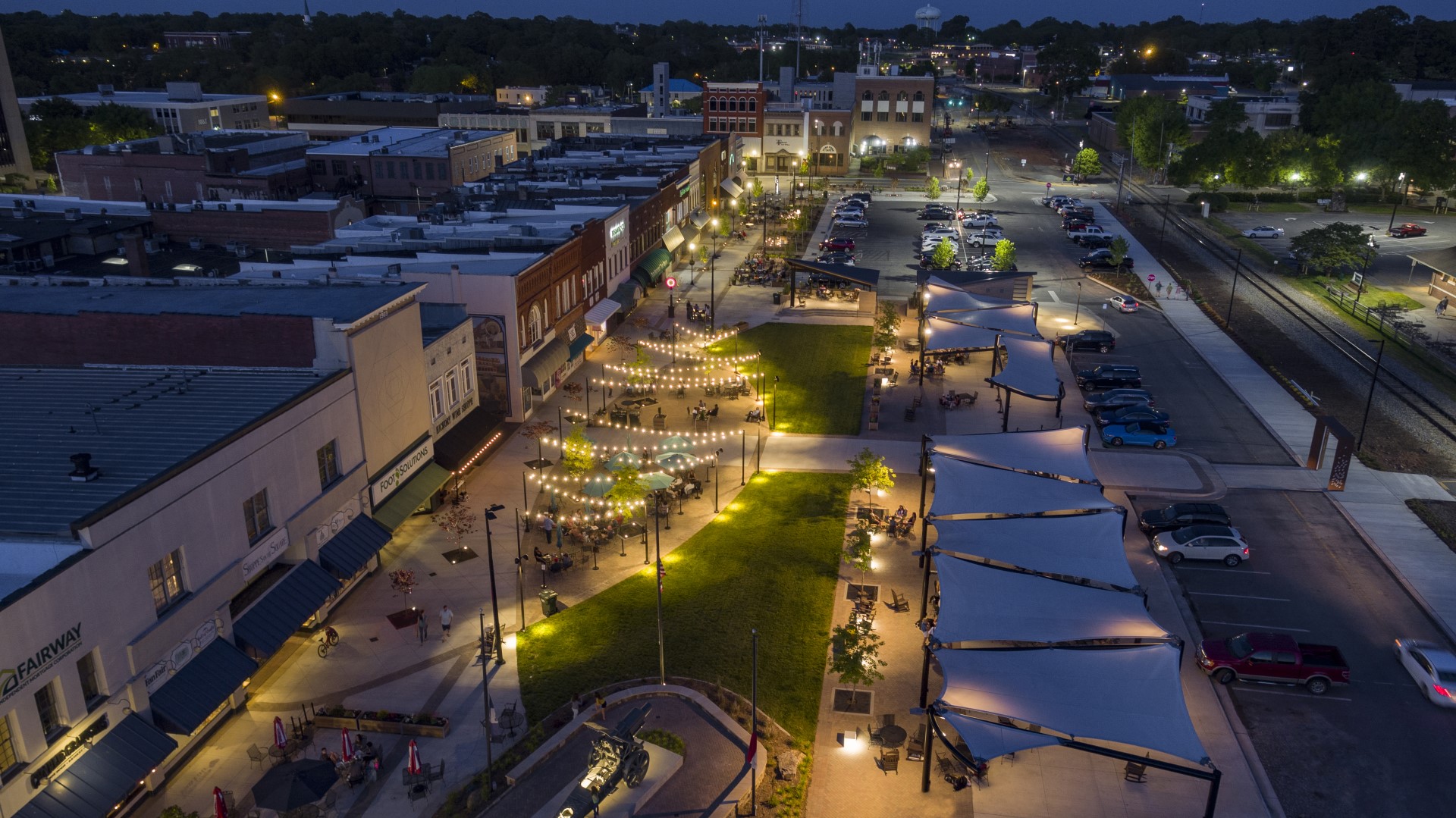