Hickory is home to a Life. Well Crafted.  From delectable farm-to-table restaurants, outdoor adventures on Lake Hickory, and eclectic downtown shops, to a growing craft beer scene and an arts and cultural community to rival that of cities more than twice its size, Hickory offers a unique experience that continues to enthrall residents and attract visitors from all around.  A manufacturing hub that continues to evolve and reinvent itself, Hickory is a city capturing the attention and affection of people and publications beyond the region.  Check out the stories below, which highlight Hickory. 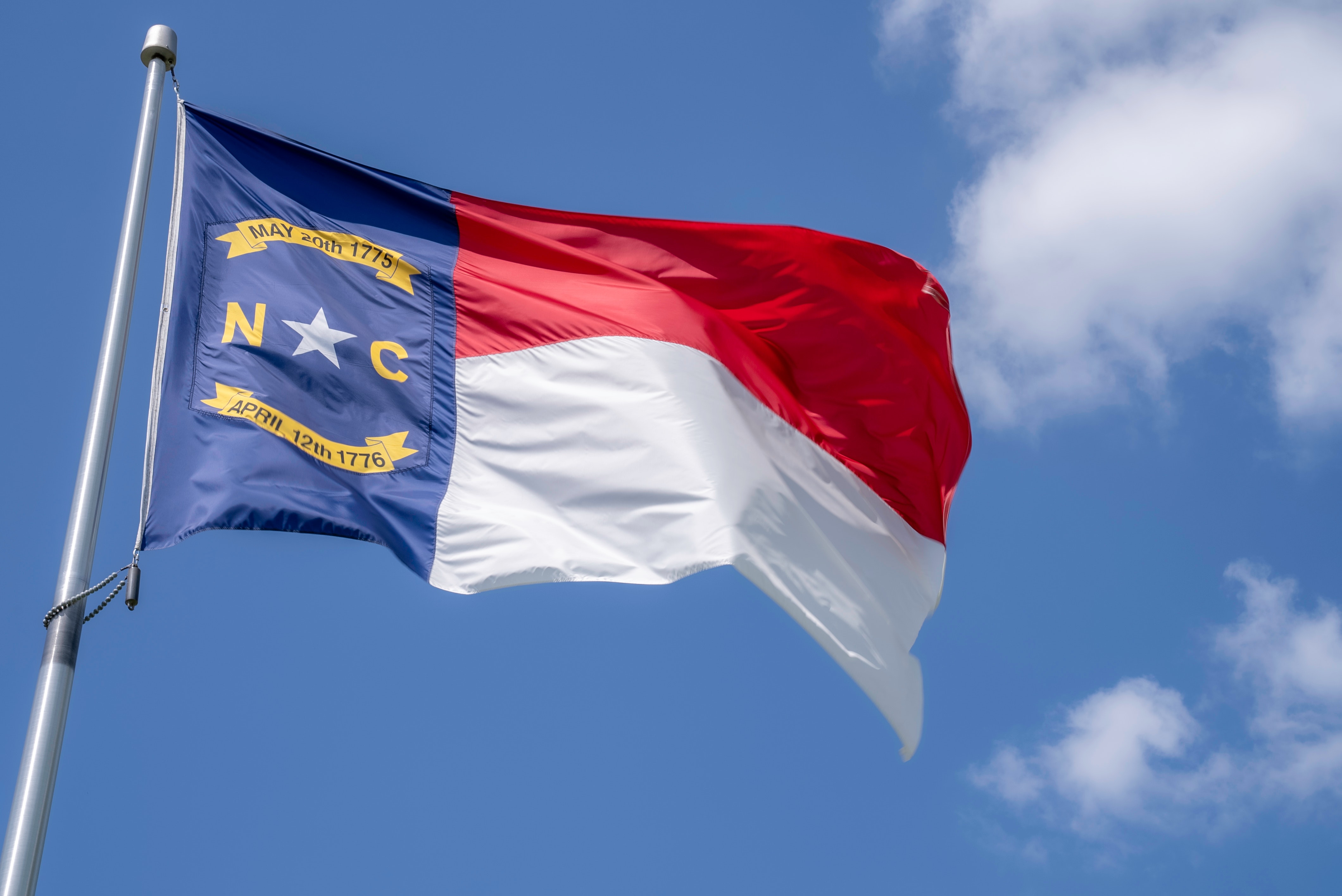 The Tar Heel State tops CNBC's list in 2022 as the Top State for Business in America. According to the article, North Carolina is "powered by an economy that has hit its stride, and turbocharged by a long track record of innovation." NC has always been a contender in CNBC’s annual competitiveness rankings, rarely finishing outside the top 10 since the study began in 2007. Last year, the state climbed to the second place spot. The CNBC study measures all 50 states across 10 categories of competitiveness - workforce; infrastructure; cost of doing business; economy; life, health & inclusion; technology & innovation; business friendliness; education; access to capital; and cost of living. 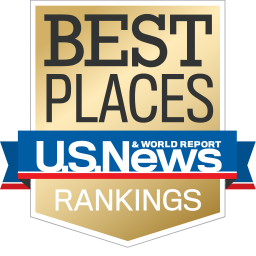 Hickory named most affordable metro and ranked among best places to live in America (05.17.2022)

Hickory, North Carolina ranks among the country’s best places to live and takes the lead as America’s most affordable metro, according to a new report released by U.S. News. U.S. News analyzed the 150 most populous metropolitan statistical areas (MSAs) to find the best places to live and released the new 2022-2023 rankings on Tuesday. To make the top of the list, a place had to have good value, be a desirable place to live, have a strong job market, and provide a high quality of life. With a low cost of living, the Hickory MSA ranked No. 1 in Most Affordable Places to Live in the United States. This ranking is based on the median gross rent and annual housing costs for mortgage-paying homeowners of each metro area. In addition to ranking at the top of the list for affordability, Hickory moved up 21 spaces to become No. 31 in Best Places to Live in the United States. Hickory also moved up 2 spaces to rank No. 3 in Best Places to Live in North Carolina. 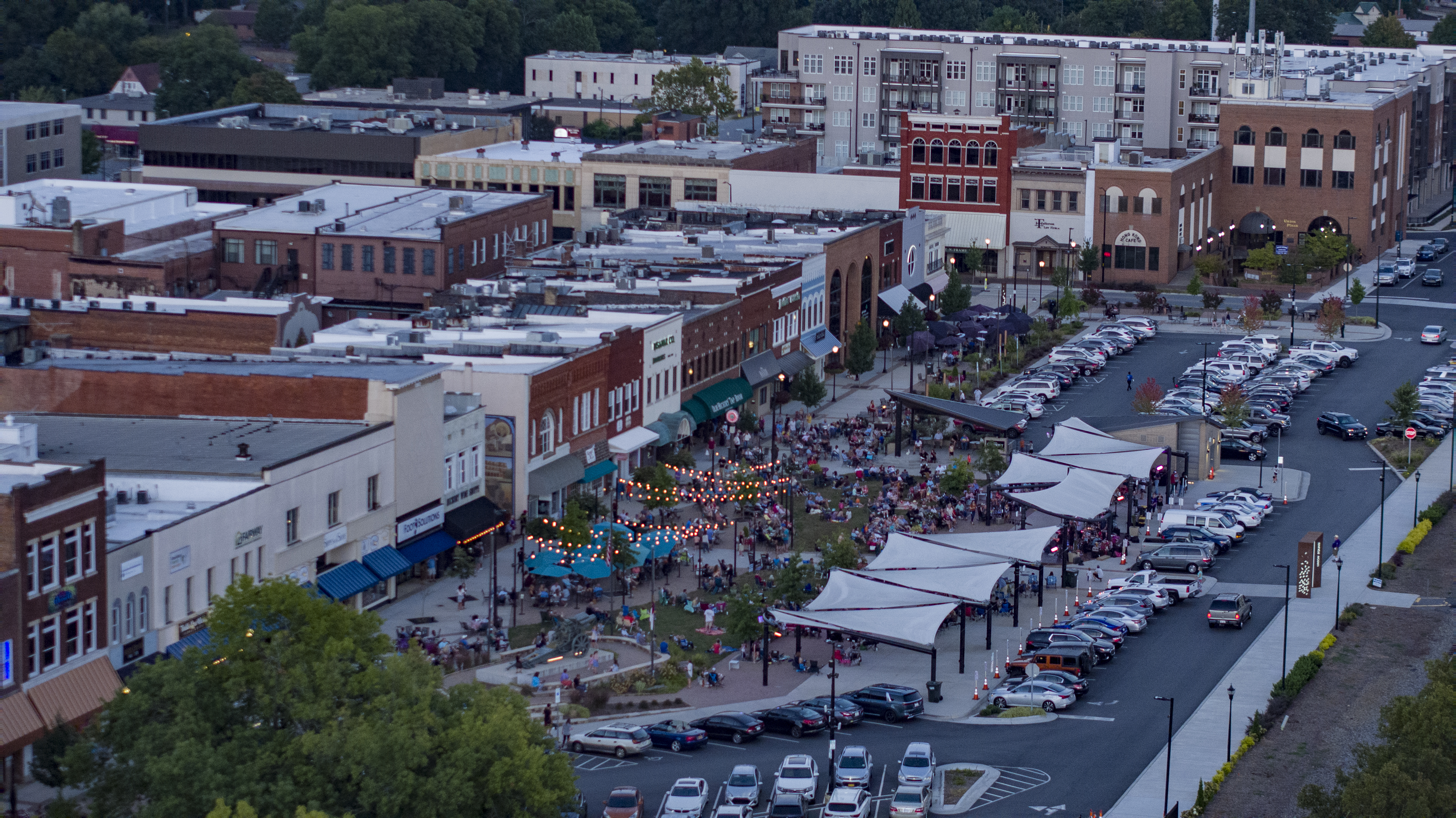 The Hickory MSA ranked No. 91 on the Milken Institute's Best-Performing Cities Index. Hickory moved up 24 spots from the previous year's rankings. 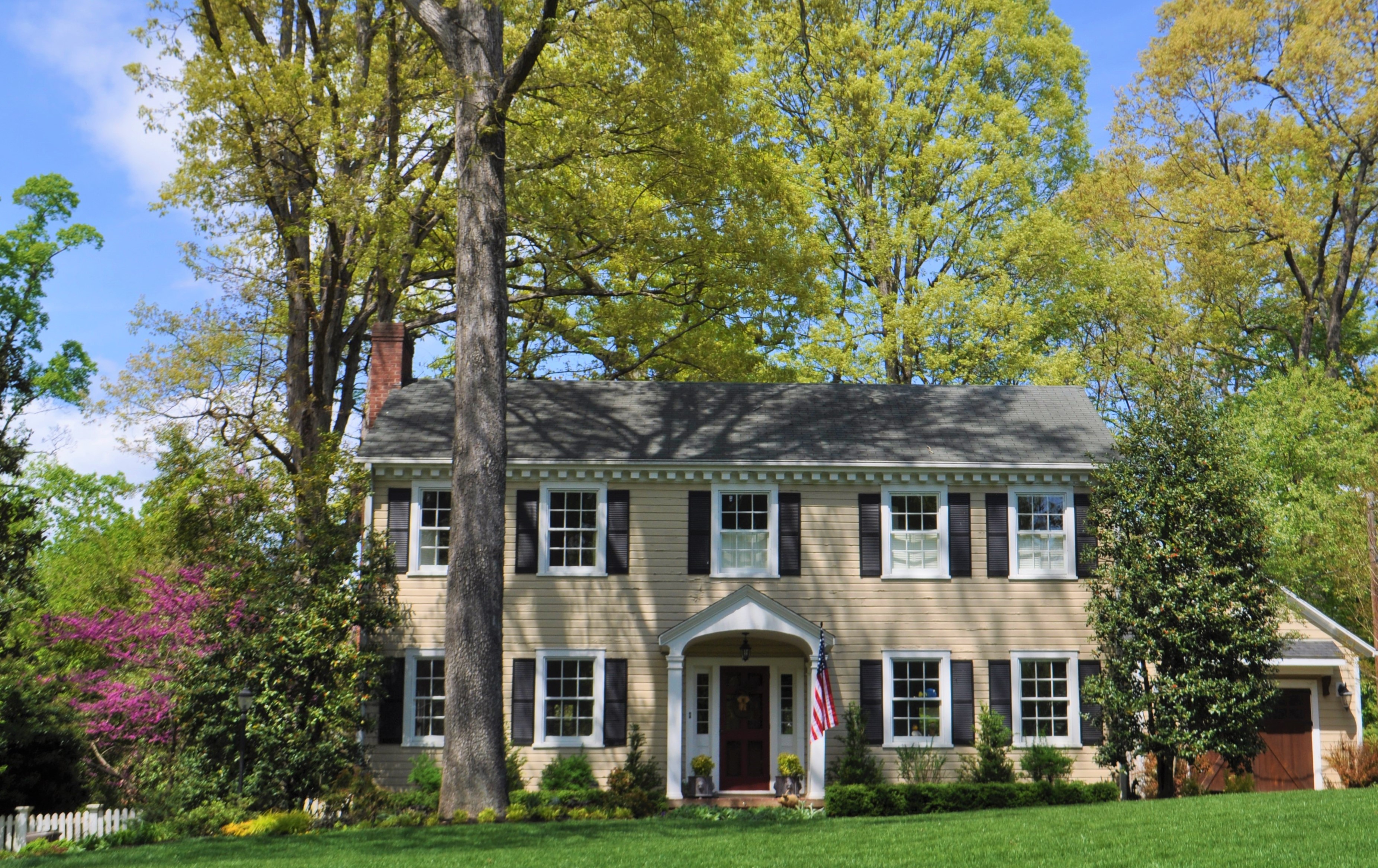 In Realtor.com's December 2021 Market Hottness Report, the Hickory metro ranked No. 15 on the list of the nations hottest housing markets. The Realtor.com economic research team came up with its monthly ranking of the hottest U.S. markets for real estate by tracking the metropolitan areas where homes are selling the quickest and where the most potential buyers are clicking on property listings. 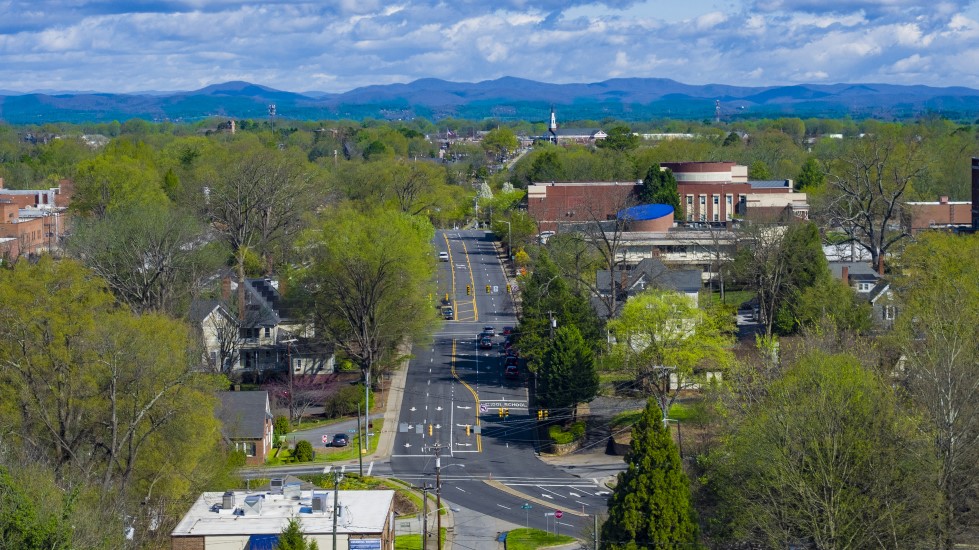 Hickory, North Carolina ranks among the 10 best places to live near the mountains, according to a new report. U.S. News & World Report looked at the 150 most populous metro areas in the country that make up the U.S. News Best Places to Live ranking, and compiled the top-ranking spots that offer easy access to mountain trails and breathtaking views. The article states, "Located in the Catawba Valley of North Carolina, Hickory is a part of the foothills of the Blue Ridge Mountains. The closest popular hiking trails in Hickory range from easy to moderate, with longer and more complex hiking trails just a short drive deeper into the Blue Ridge Mountains. The iconic blue hues of the mountains are visible in the distance from higher points in the metro area, and residents benefit from a low cost of living."

Hickory ranked No. 2 Best Place to Retire in North Carolina (09.16.2021)According to a new study by SmartAsset, Hickory, North Carolina ranked the second best place to retire in the state of North Carolina. To find the best places to retire, SmartAsset gathered data on three separate regional factors that affect the quality of life for retirees, including tax-friendliness, medical care, and social opportunities.

Hickory ranked among Best Places to Live in North Carolina and Most Affordable Cities in U.S. (10.13.2020)

U.S. News and World Report analyzed the 150 most populous metro areas to find the best places to live. To make the top of the list, a place had to have good value, be a desirable place to live, have a strong job market, and a high quality of life. The Hickory MSA ranked No. 4 in Best Places to Live in North Carolina and No. 8 in America's Cheapest Places to Live. 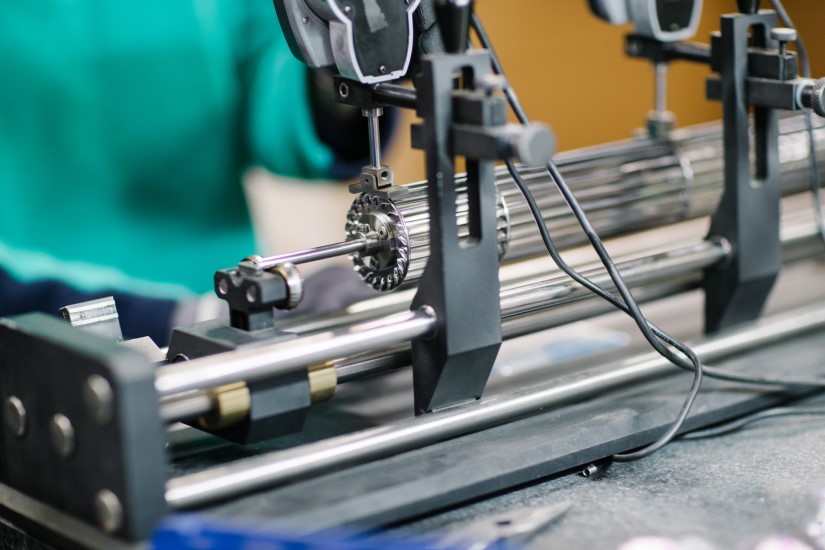 The Hickory-Lenoir-Morganton MSA was ranked No. 5 for manufacturing among midsize MSAs in the nation, according to Business Facilities' 2020 Metro and Global Rankings Report. 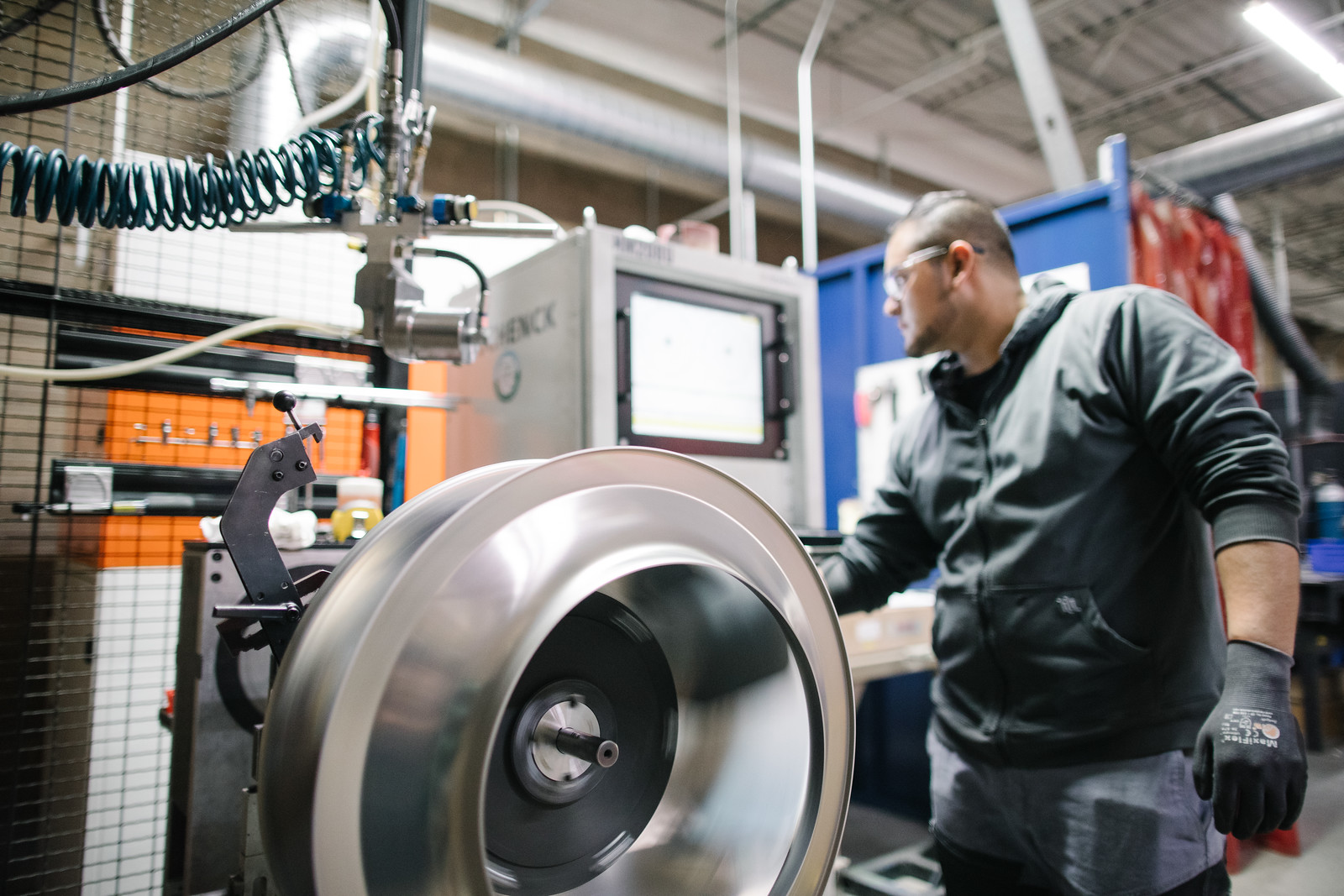 The Hickory-Lenoir-Morganton metro area cracks the top 25 best places to work in manufacturing on SmartAsset's list for 2019.  The manufacturing industry accounts for 8% of the U.S. workforce.  While those 12.8 million employees are scattered nationwide, some parts of the country offer better employment opportunities and income growth for them.  To find the best places to work in manufacturing, SmartAsset analyzed metrics such as local manufacturing job and income growth.  It's no surprise that Hickory ranks No. 11 on the list for 2019. 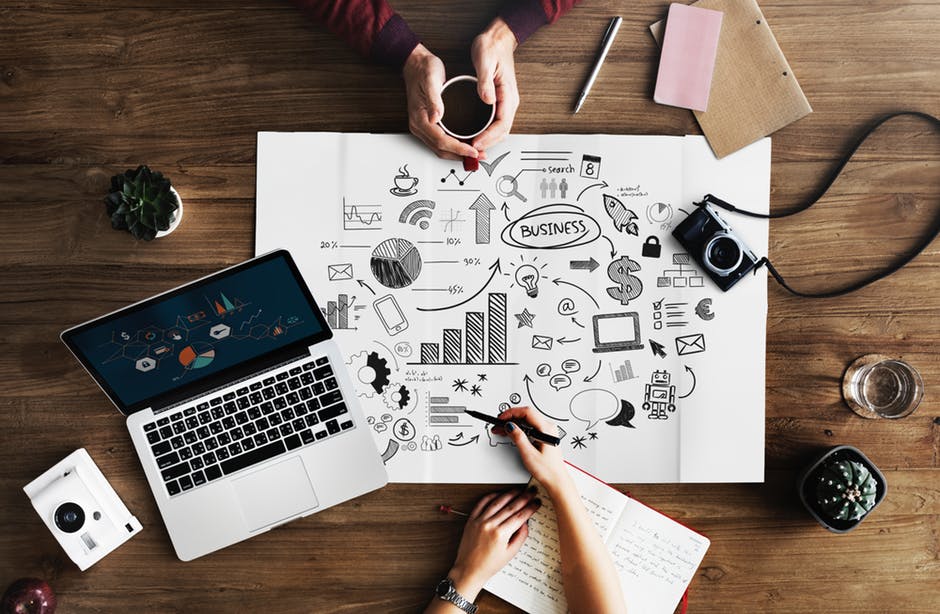 According to Forbes's 2019 ranking of the Best Places for Business and Careers, Hickory, N.C. ranks No. 1 in the nation for lowest business costs, at 25% below the U.S. average.  Hickory also held the No. 1 spot for business costs in 2017 and 2018. 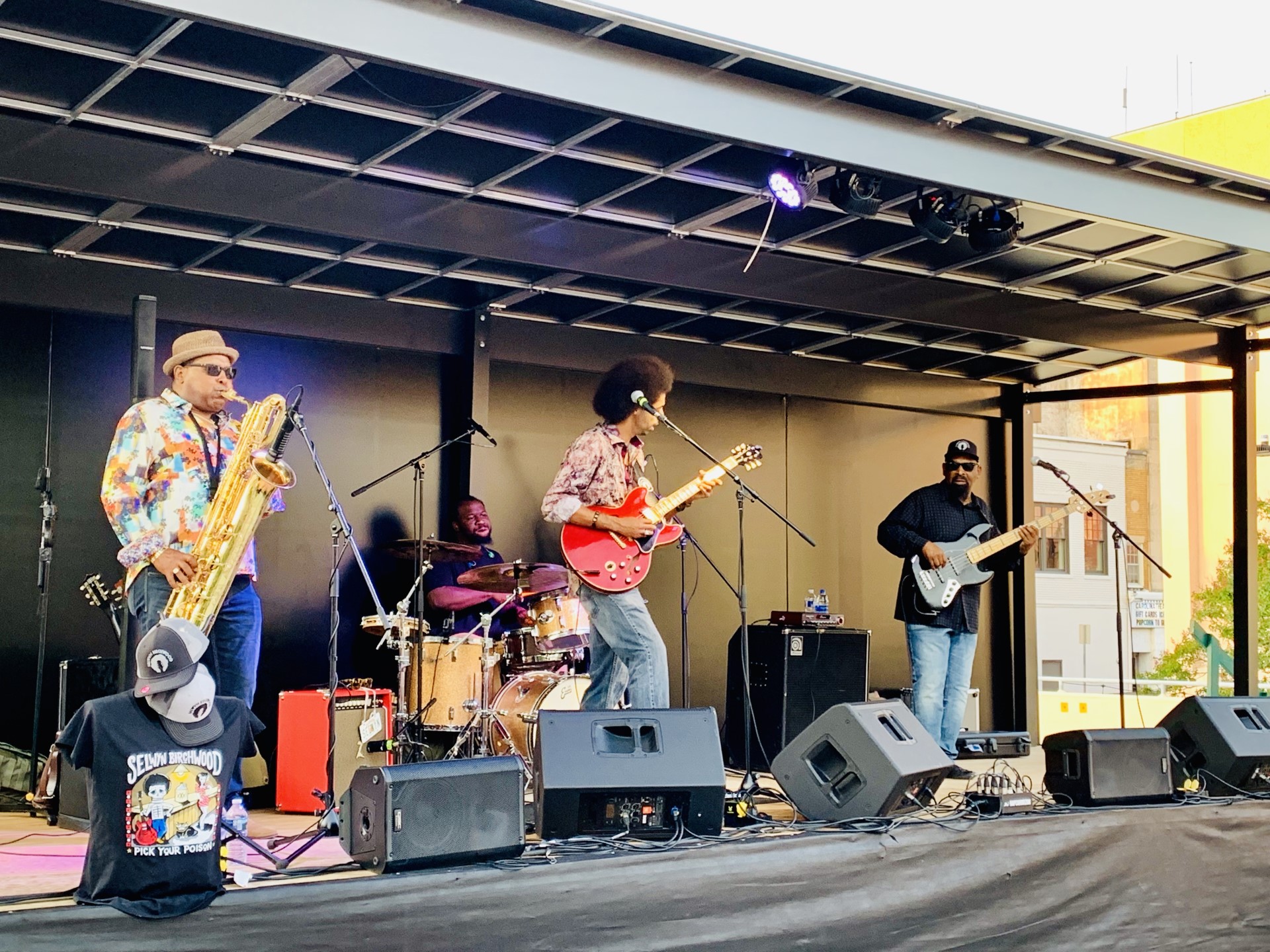 Hickory ranked among "The South's Top 8 Hidden Tracks of the Southern Music Scene" (9.16.19)

Hickory, North Carolina was named No. 6 on ConventionSouth Magazine’s 2019 list of “The South’s Top 8 Hidden Tracks of the Southern Music Scene.”  Readers and fans were asked to vote on destinations where groups can best experience unique music while holding a meeting or event, according to ConventionSouth Editor Marcia Bradford.  The Facebook ballot provided a list of 17 thriving destinations from across the South, not commonly known for their music-scene.  After the vote, Hickory came in at No. 6 on the list! 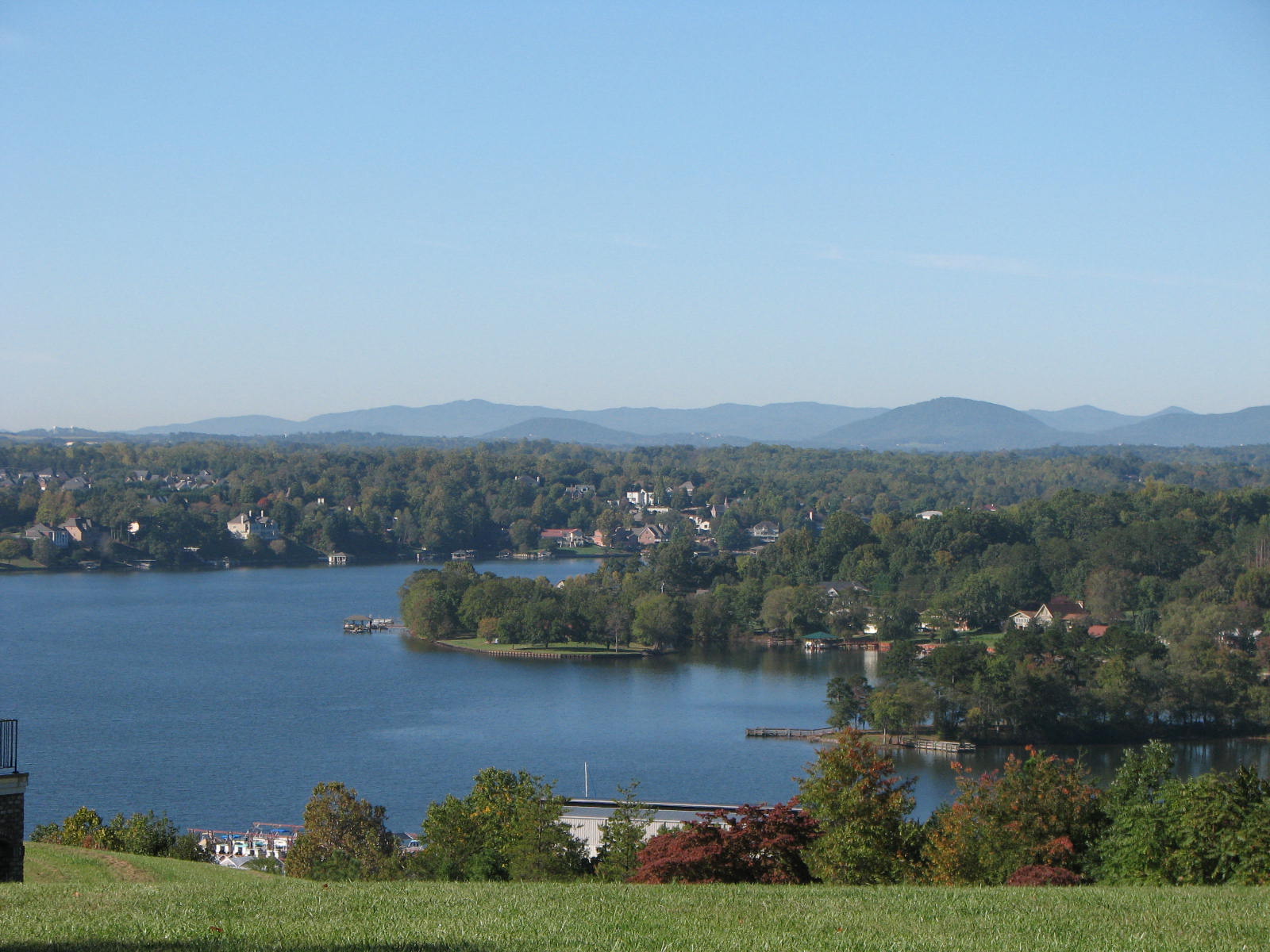 Hickory has been ranked among the Top 10 Best Places to Retire in North Carolina, coming in at No. 7 on the list.  Hickory was noted as "one of the most beautiful towns in the state" and a popular destination for sports fans.  Several key indicators were considered for the list, including: tax rates, cost of living, crime rates, entertainment value, recreational value, medical care, culture, and art. 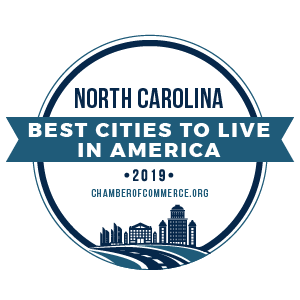 Hickory was recently named one of North Carolina's Best Cities to Live in America, according to ChamberofCommerce.org.  Hickory ranked No. 22 out of nearly 80 cities that were listed.  ChamberofCommerce.org gathered information from both the U.S. Census Bureau and the Centers for Disease Control for over 2,500 cities.  The comprehensive analysis looked at cities with populations of over 25,000, and covered five essential factors to determine rankings: employment, housing, quality of life, education, and health.

Hickory's top 25 ranking is due to an exceptionally low average housing cost, a remarkably high employment rate, and fantastic median household earnings and commute times in relation to the rest of the state. 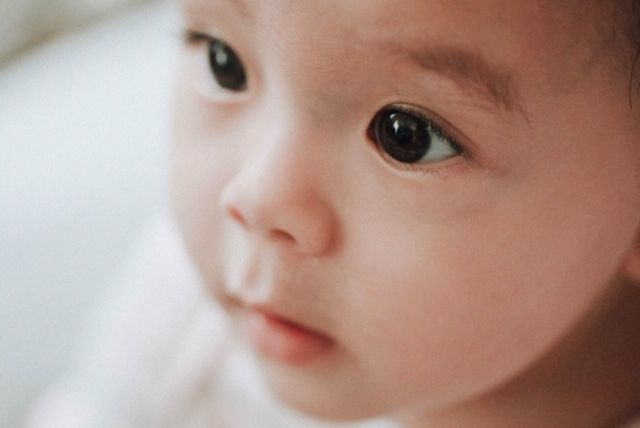 Meet Kairi Yang, the 15-month-old cutie from Hickory, North Carolina who was recently announced as the 2019 Gerber spokesbaby.  Kairi and her parents, Ying Vue and Peter Yang, appeared on NBC’s TODAY Show on February 26 for the big reveal of the new spokesbaby. Kairi Yang beat out more than 544,000 contestants, ranging in age from birth to 4, to become Gerber’s 2019 spokesbaby.  And she’s already making history as the first Gerber baby of Hmong descent. 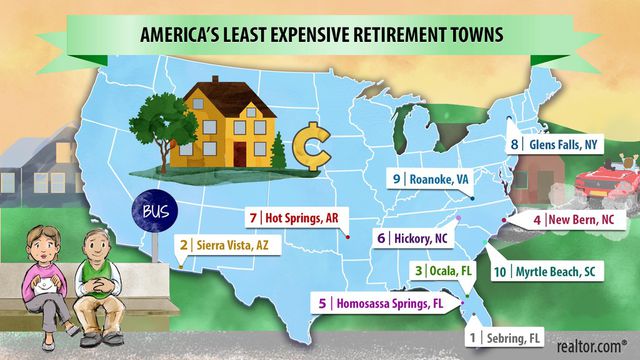 Realtor.com ranked Hickory, N.C. as the No. 6 least expensive retirement town in the country.  Data analysts at Realtor.com "looked at the 500 largest metropolitan statistical areas, focusing on those where at least a quarter of the population is aged 60 and up, and where the most folks in this age group moved to between 2011 and 2015."  Metros were then ranked by the total cost to pay down a 15-year mortgage on a median-priced home, assuming buyers would have a 20 percent down payment and a 5 percent mortgage interest rate.

Area Development recently released a report ranking all of the metro areas by a number of different criteria.  The Hickory MSA climbed the ranks in several notable measures over the last several years.

National Geographic Travel recognizes Hickory as one of this year's Best Small Cities in America (1.15.2018) 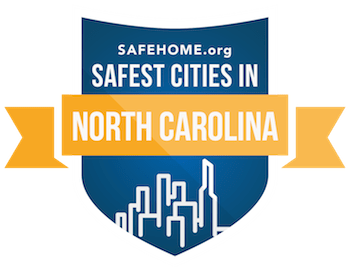 The City of Hickory is ranked the No. 20 safest city in North Carolina, according to SafeHome, a professional review site dedicated to making communities safer.  With a safety score of 64.06, Hickory is noted to have exceptionally low violent crime and property crime rates, as well as the best citizen-to-officer ratio among North Carolina’s top 25 safest cities.

Hickory’s economy is rapidly growing, according to a new study cited by USA TODAY. Hickory, N.C. is ranked the No. 3 “biggest gainer” of 2017, after rising 64 places to No. 103 on Milken Institute’s list of Best-Performing Cities in America.  Milken Institute’s annual report analyzes economic trends and dynamics shaping American cities and highlights the factors driving innovation and growth across the nation. 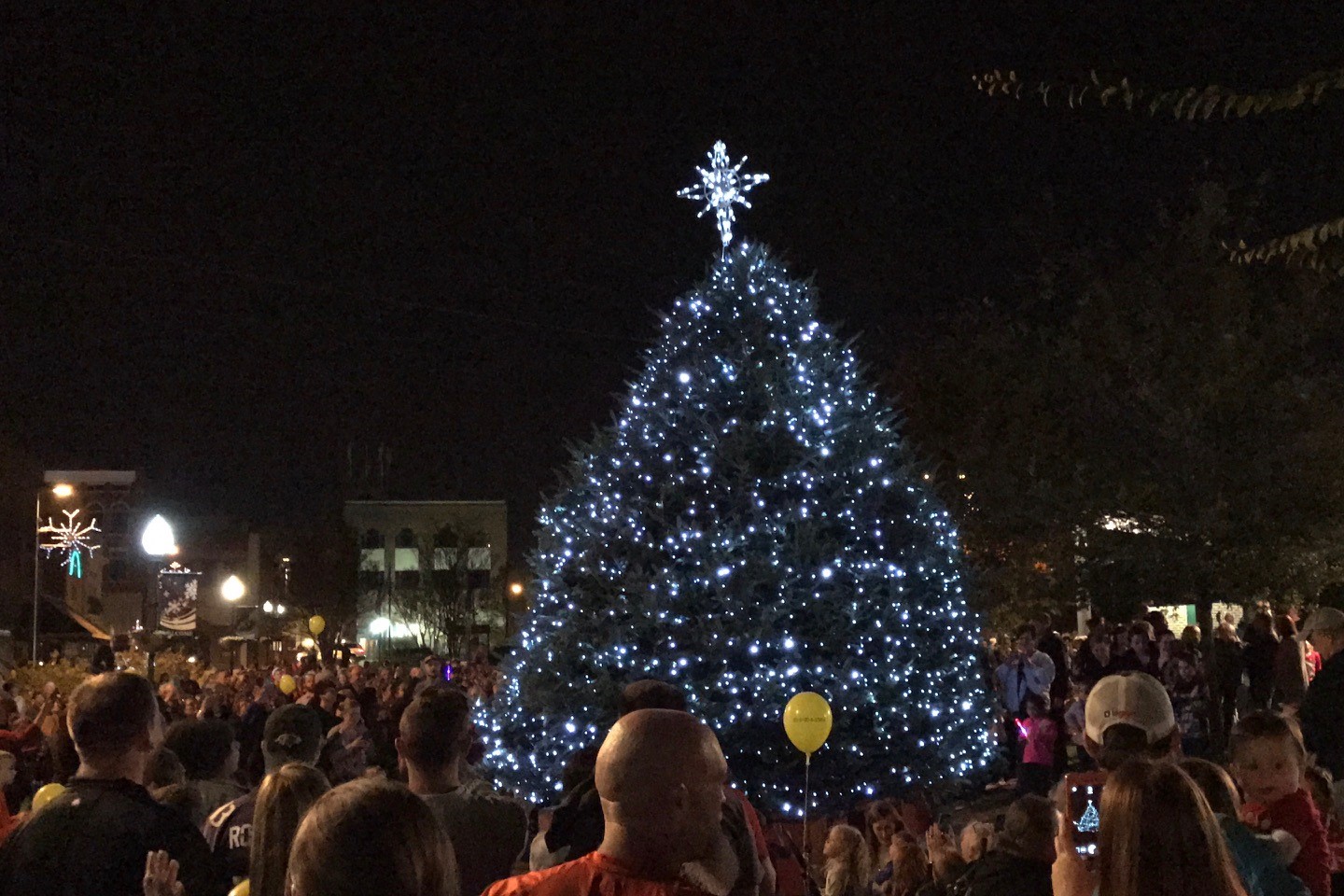 Realtor.com named Hickory, N.C. as the #1 Best City in America for Holiday Lovers. Hickory was selected as the Top Tinsel Town after considering a variety of holiday aspects, including: flights coming in to town for the holidays, Christmas parades, holiday events, and the number of Christmas trees cut down. The City of Hickory’s annual Christmas Parade and Tree Lighting in Downtown was listed as the holiday highlight for our city, as well as other local events that make Hickory, N.C. very special, especially during the holiday season.

City of Hickory gearing up to entice critical and essential industries (07.2020)

Our State Magazine: City Portrait: Hickory (6.8.2016)This Catawba County city inspires residents to craft well-rounded lives — and much, much more. 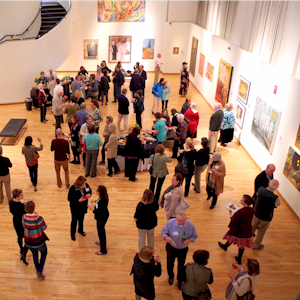 Our State Magazine: The Art Museum That Became Hickory's Masterpiece (10.27.2020) 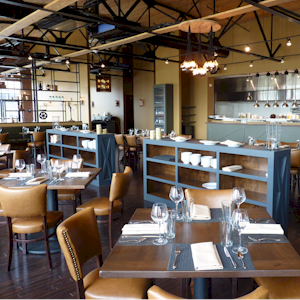 Matador Network: The most underappreciated food regions in the world, according to chefs (9.2019)

WNC Magazine: The Review—Boca: A popular meeting place that entertains the taste buds with Spanish, Mediterranean, and Moroccan tapas (1/2.2018) 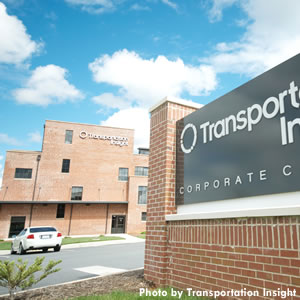