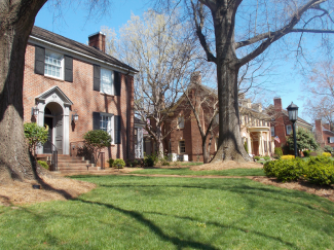 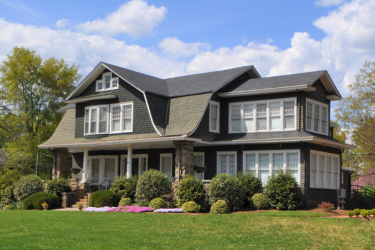 The Oakwood/Hillcrest Neighborhood is an established, historic neighborhood located in the northwest quadrant of the City near the Central Business District (Downtown Hickory).  The neighborhood is roughly bounded by 1st Street NW on the east, 1st Avenue NW on the south, Old Lenoir Road on the west, and 8th Avenue NW to the north.

The development of Oakwood began in the 1880’s and 1890’s, as prominent Hickory businessmen, industrialists, bankers, and professionals built fine homes using the latest architectural styles in an area away from the busy downtown.  Characteristically stylish houses on large, shady lots set back from the streets contribute to the sense of uniformity that pervades the irregularly shaped district.  Historic dwellings in the area provide great examples of Queen Anne, Shingle, Colonial Revival, Spanish Mission Revival, Tudor Revival, and Bungalow Style homes.  In 1986, the Oakwood Historic District was listed on the National Register of Historic Places.  In 2019, the National Park Service approved a boundary increase for the Oakwood National Register Historic District, spanning 81 acres and adding 187 parcels containing mostly residential homes of Craftsman Bungalow, Colonial Revival, Tudor Revival, Period Cottage, and Ranch style architecture dating from 1905 to 1966.

Notable landmarks in Oakwood include the City-owned Oakwood Cemetery, the Elliott Carnegie Library, and the historic Shuford House and Gardens, which has now become a popular venue for weddings and special occasions.  Oakwood Elementary School, which opened as Hickory Graded School in 1903 and was the first public school in the Hickory system, is also located in this neighborhood.

The Hillcrest Neighborhood was platted in 1940 on land from the J. A. Lentz and E. B. Cline estates.  The residential development occupied rolling land west of Oakwood and generally bordering the industrial and commercial areas lying to the south and southwest of the neighborhood.  With the notable exception of the J. A. Lentz House, a National Register-listed nineteenth-century frame dwelling at 321 9th Street NW, the neighborhood generally consists of houses constructed in the 1940’s through 1970’s.