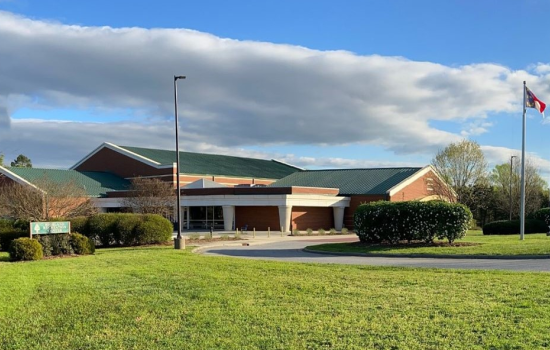 Highland Neighborhood is a well-established and modest neighborhood of friendly, hardworking people.  The area was originally incorporated as the Town of Highland on March 1, 1905.  It is probable that the town’s name was taken from Highland Academy, which stood on the present-day campus of Lenoir Rhyne University, part of which was embraced within the Highland corporate limits.  The Town of Highland was officially incorporated into the City of Hickory on September 1, 1931.

Highland residents value the traditional sense of community, and consider their neighborhood a good place to live and raise a family.  The quality and availability of affordable homes is attracting families of diverse ethnic backgrounds and young couples to the neighborhood.

The neighborhood is centrally located to services, community amenities, and jobs.  Easy access to good schools and Lenoir-Rhyne University, City parks and recreation facilities, downtown and other shopping opportunities, restaurants, and services makes this family-oriented neighborhood a nice place to live for all.

Located in the northeast quadrant of the City, Highland is a quiet neighborhood of primarily single-family residences intermingled with pockets of small industrial uses.  Larger industrial and commercial properties, as well as small offices, border the neighborhood.

The neighborhood continues to be predominately residential.  There are a number of vacant lots where new, affordable housing could be constructed.  As vacant parcels are becoming sites for multi-family units with greater frequency, the neighborhood’s traditional single-family character evolves.

The City of Hickory has a prominent presence in the neighborhood, with several major City facilities and amenities in the area.  In addition to housing the City’s Public Services Complex, the Highland Neighborhood is also home to Stanford Park, Highland Park, and Highland Recreation Center.  While Highland Park is two serene acres of wooded natural areas, a creek, and open space, Stanford Park’s thirty-seven acres are bustling with activity.  Stanford Park features three softball/baseball fields, restrooms, a concession stand, graffiti wall, outdoor basketball court, picnic shelter, two playgrounds, a paved walking trail, and skate park.  The park is also the location of Highland Recreation Center and the City of Hickory Parks and Recreation Administrative Office.

The Highland Neighborhood Association has been meeting since the 1990's.  The group holds six meetings a yearyear, with the meetings held on the third Monday of each even month (February, April, June, August, October, December) at 7 p.m. at the Highland Recreation Center at Stanford Park.

The Highland Neighborhood Plan was complete in 2002 and to review it, click here.