The Streetscapes and Gateways projects are designed to improve the City’s major roads and gateways, which are the main entrances to the City.  The major roadways throughout the City are where many businesses want to locate.  Some of the businesses have already invested millions of dollars (i.e. Mike Johnson Toyota, Nissan of Hickory, Holiday Inn Select, Lowes Foods, Walmart Neighborhood Market, 29 North Apartments, and Lowes Home Improvement in Viewmont), and others will make investments and add jobs as the City improves its major roadways.  The roadways and gateways are also the “curb appeal” of the City.  Improvements will benefit all travelers, encourage private investment, and show prospective business and residents that Hickory is vibrant and well maintained.

The current Gateway plan consists of an artistic leaf structure, along with landscaping, at Highway 321 and 70.  The other Gateway will be placed at Lenoir-Rhyne Boulevard and Interstate 40.  Amec Foster Wheeler was hired to design the gateway at Highway 321 and Highway 70. That design was completed in 2017 and approved by City Council.  The LR Blvd. I-40 Gateway has not been designed yet.

Construction contracts for the US Highway 321/70 Gateway were awarded to Southern Lawnscapes and Sign Systems, Inc. and the project is now complete with backlighting and final landscaping.  All quadrants of the interchange received landscaping improvements.

There are multiple Streetscape projects. One will be on Lenoir Rhyne Boulevard between Highway 70 and Tate Boulevard.  Another Streetscape will be along Old Lenoir Road, which will connect the City Walk to the Riverwalk. 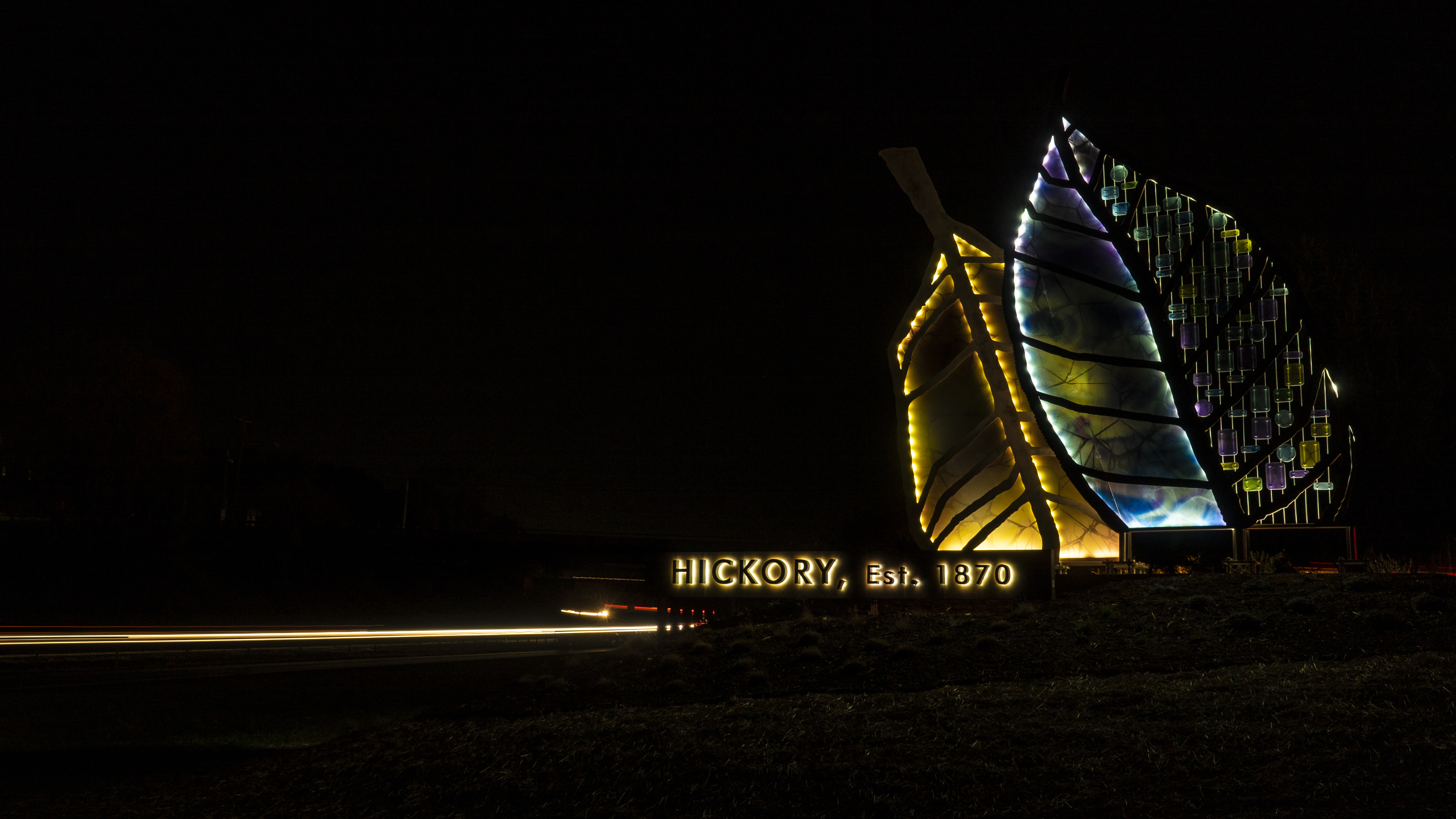