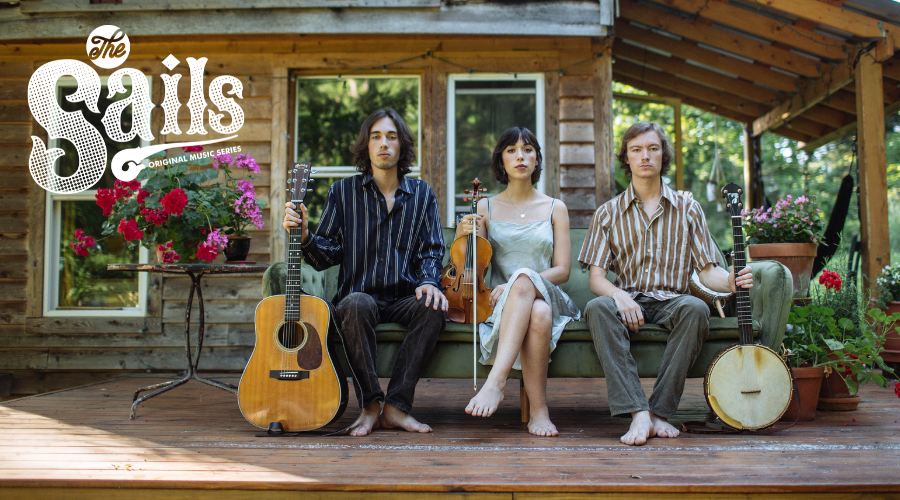 The City of Hickory's 2022 Sails Original Music Series will feature The Wildmans on Friday, May 27. The free concert begins at 7 p.m. on Union Square in Downtown Hickory.

The Wildmans come from the hills of Floyd, Virginia, in the heart of the Appalachian mountain music tradition. From campsite jamming at festivals and fiddler's conventions and a college level music education comes the foundation for musical exploration that sets this group apart, taking the audience on a musical journey that reflects the growth and passion of these talented musicians.

Highly skilled instrumentals and soulful vocals applied to traditional tunes with a smattering of old time, bluegrass, blues, and jazz combine to create a fresh new sound. Their set combines fiddle tunes, ballads, and folk songs of the Appalachian tradition with 20th century classics, as well as original music written by the band and friends of the area. Featuring brother sister "blood" harmonies, the adventurous music of The Wildmans captivates audiences across the country.

The group has appeared on stages large and small, performing in festivals such as Red Wing Roots, Chantilly Farm's Bluegrass and BBQ festival, Grey Fox Bluegrass, Floyd Fest, and The Steep Canyon Rangers’ Mountain Song Festival. They also regularly represent young talent along the Crooked Road in regional fiddler’s conventions. Having shared the stage with talents such as Bela Fleck, The Steep Canyon Rangers, The Steel Wheels, Danny Knicely, Sammy Shelor, Sierra Hull, Billy Strings, and more, these young musicians are making their way in the American stringband scene.

In addition to the seating available at Union Square, audience members are encouraged to bring their own lawn chairs or blankets. A variety of close-by bars and restaurants offer food and beverages.

The new Hickory Downtown Social District allows patrons of downtown ABC permitted establishments to drink an alcoholic beverage on sidewalks, Union Square, and other public areas within the designated boundaries of the social district. For more information about the Hickory Downtown Social District, special restrictions, and a detailed map of the coverage area, visit https://www.hickorync.gov/downtown-social-district.

The Sails Original Music Series continues next month with Reliably Bad on June 3 and Alexa Rose Band on June 17. After a break over the summer, the music series will return this fall with concerts every Friday in September.