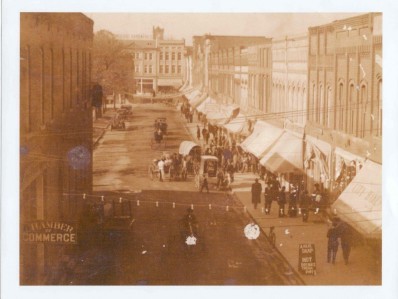 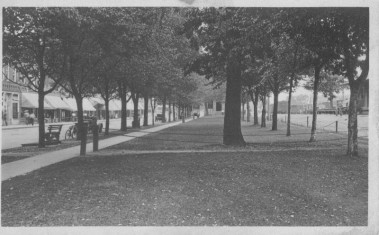 Instrumental in Hickory’s early development had been the willingness of some landowners to sell their private property at a reasonable price. Between the years 1865 and 1870, Henry W. Robinson had a large tract of land, which is now much of the core of the city, platted into a grid pattern of streets. It was located primarily to the north of the railroad right of way, but it also included part of the south side. The commercial district developed in the center of the plat on both sides of the tracks. Residential areas were located adjacent to the commercial buildings, generally to the west and also bordering the railroad. Robinson’s plat of land was probably extended into the neighboring tracts, although W.W. Lenoir had had his parcel of land in northeast Hickory platted separately in 1868. 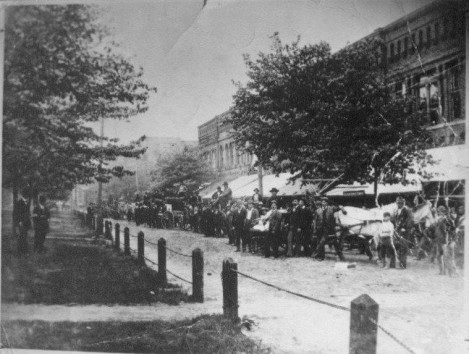 Originally this area was called Park Place, with a street running past the store fronts and a park area between the street and the railroad tracks. In 1900 the City of Hickory passed an ordinance decreeing that all future construction had to be of brick. No new wooden structures were permitted in the commercial area of downtown following a series of fires. Many of the existing buildings date to the early 1900s and were designed by local architect Carroll Abee. A 1913 map is the first to bear the name Union Square.

Information and photos provided by the Hickory Landmarks Society.