The City Walk, which has been developed along Main Avenue from Lenoir-Rhyne University through Downtown Hickory to 11th Street NW and up to Old Lenoir Road (future OLLE Art Walk), will continue the growth of company headquarters and professional jobs in the City’s central business district.

The City Walk allows individuals to easily connect to the university, shops, services, and offices, as well as provides a great place for all residents and visitors to enjoy. This new amenity will continue to help attract company headquarters, as well as service and professional jobs, to the central business district to create a place where young adults want to work, live, and play.

In December 2018, the City started relocating utilities and waterlines in preparation for City Walk. These relocations and infrastructure improvements along Main Avenue NW/NE were completed in 2019. Renovations to Union Square and the downtown block, a planned component of the City Walk project, started on April 8, 2019, and were completed on September 6, 2019.

In a special meeting on June 25, 2019, Hickory City Council awarded the final component of the City Walk construction to Neill Grading and Construction Co., Inc.

An official ground breaking for the City Walk was held on Monday, September 23, 2019, at 12 p.m., in front of St. Andrew's Lutheran Church.

On November 1, 2021, the City Walk's Third Street pedestrian bridge was dedicated and named as the Wyatt Bridge in special recognition of Frank (Burk) Wyatt’s contribution of time, talent, and resources to the success of the Hickory bond program as chair of the Bond Implementation Commission. During the event, a special tribute to the Bond Implementation Commission was unveiled along the City Walk in appreciation for the group's support and contribution to the bond program and its projects.

The Hickory community celebrated the grand opening of the City Walk on December 16, 2021, with a ribbon cutting ceremony and sunset dedication of the N.C. 127 pedestrian bridge as the Rudy Wright Bridge in honor of late Hickory Mayor Glenn Rudolph “Rudy” Wright, Jr. 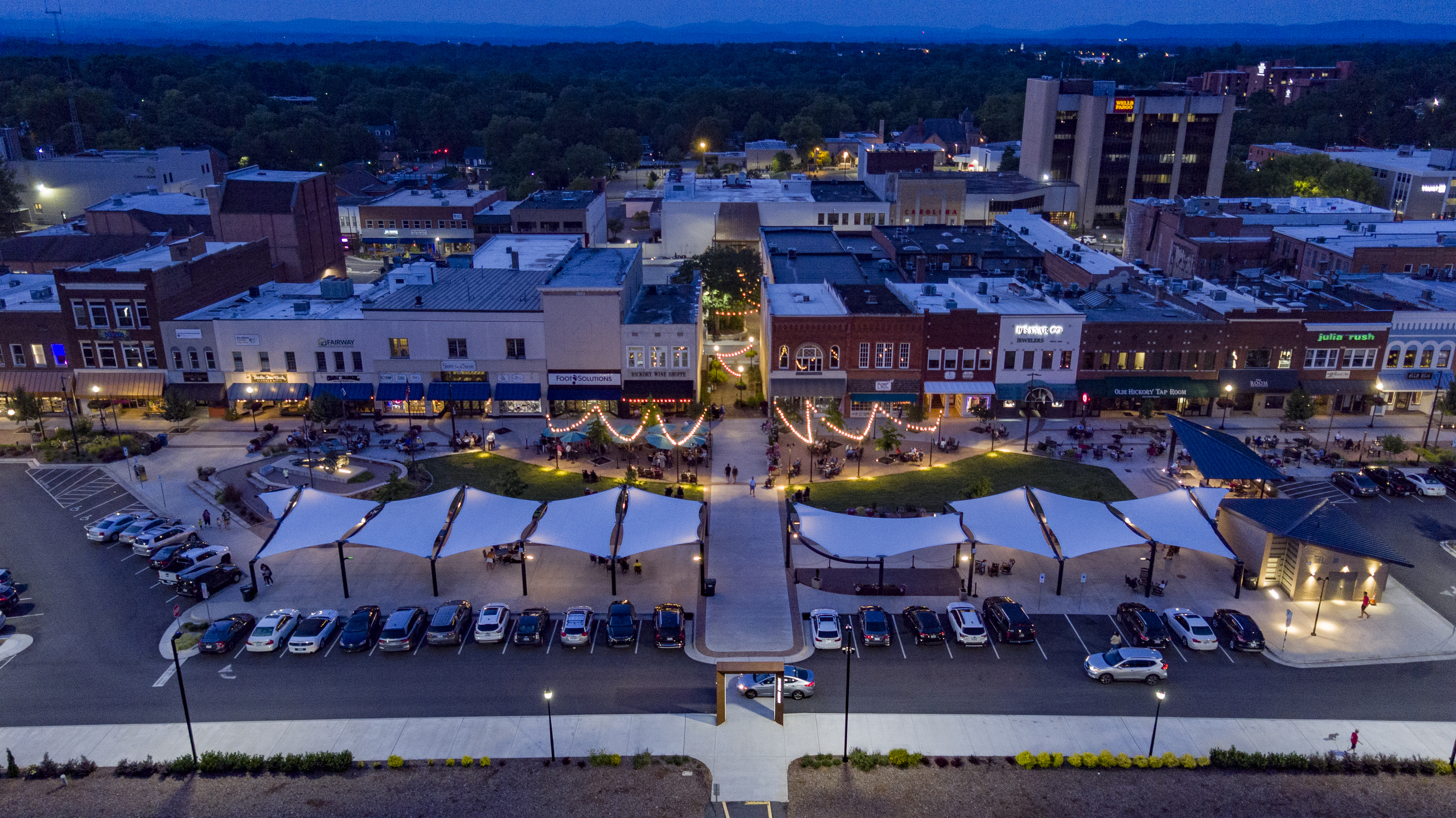